The Speedway has been shut down for over a month now and the Delaware Banquet has completed. Okay, lets get to back racing right now! I already miss it. It’s going to be a long winter.  A fun season it was in 2019, competition was strong in most divisions, couple of divisions had car count issues, but what was there, was competitive. Hopefully as we move into the 2020 Season, this can maybe be rectified.

The 2019 Delaware Banquet was a huge success. Probably the largest crowd in a couple of years. Emcee, Jamie Maudsley, gave a great tribute to the late Jared Doxtator a peer and friend at the beginning of the program. Several drivers commented on Jared as being there to greet them with a smile at trackside for an interview, following up on an incident and to get the first words in victory lane. Most of the drivers that spoke had grown up with Jared their entire race career. A heartfelt speech by his good friend, Trevor Collver, moved the crowd. It was nice to see Tim and Carolyn Doxtator, Jared’s Mother & Father at the Banquet as they received the first ever Voice of Delaware Speedway Award and to hear firsthand the wonderful impact that Jared has had on the race family and Delaware Speedway. Russ Urlin gave a heartfelt speech about the future of racing at Delaware Speedway. All in all, it was a proud night for everyone that is part of the Delaware Speedway family. A delicious Buffett and dancing afterwards made for an all-around great evening. Thanks goes out to Delaware Speedway for organizing such a great celebratory event. 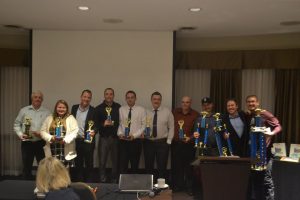 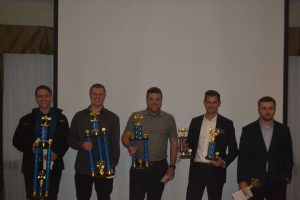 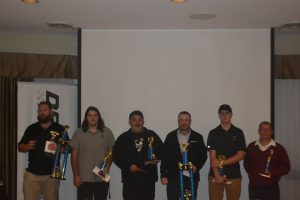 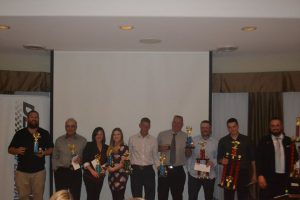 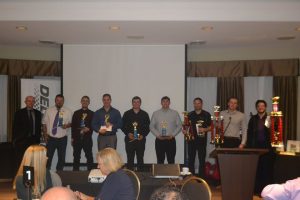 Many awards were given out, in celebration of the 2019 Season as listed below: 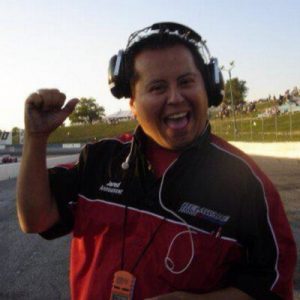 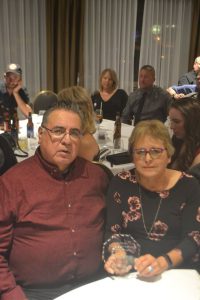 – Some minor rule changes in a couple divisions, on the horizon for 2020 to help encourage drivers from other tracks to appear at Delaware Speedway

– Looks like Super Stock driver Brittany Beatty, might be hanging up her helmet as her car, trailer, everything is up for sale. I hope not, as she was very competitive this year

-Looks like David McCullough has a Late Model in his race shop now, after he sold his older Super Stock #39, reportedly to Rob Windis

-Scuttlebutt from the Banquet, has a former Truck Division champ, making a jump to the Late models in 2020

-Congratulations to Delaware Speedway’s, Jake Sheridan #52 on his great 12th place finish on his first ever appearance at the Fairgrounds Speedway in Nashville for their big All-American Weekend

– Donald Reinhardt Jr, may be running Delaware Late models next year, with racing great, Wayne Keeling part of the team. With Wayne on board, he should do vey well

Delaware Speedway 2020 Inaugural Calendars featuring the drivers you voted for.   These can be ordered online at diane@delawarespeedway.com for $10. Get your orders in while they last! A Great Christmas gift idea for that special race fan!

See you in December as trackside is now moving to a monthly publication during the off-season months.       Until next issue, Bob, Steve