It was an action-packed program on Saturday September 14th at Delaware Speedway. With Friday night’s portion of the Great Canadian Weekend, rained out, everything shifted to Saturday. It was non-stop qualifying, heats and features for the entire day from 2pm on. For the Race Fans, it was a “Shangri-La” of racing, on the legendary Delaware oval, with the APC 2019 Late Model Season’s Championship and 2019 Delaware Season Championships for Transaxle Super Stocks, Demar Aggregates Trucks and Doxtator Property Maintenance V8 Stocks all as part of the program extravaganza.

The fast Qualifiers, were Jason Lovie in the Bone Stocks, Devon Bloemendal in the Trucks, Barry Watson in the V8 Stocks and Andrew Ferreira in the Super Stocks.

Heat 1 – David Rockwood in the 78 picked up the win, holding off Chris Radder #31 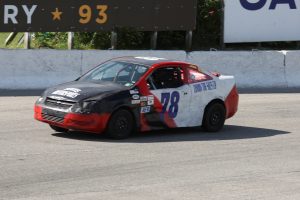 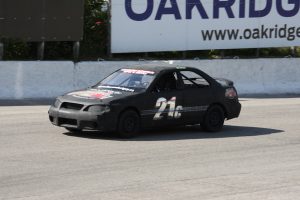 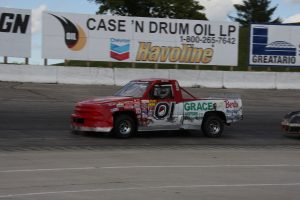 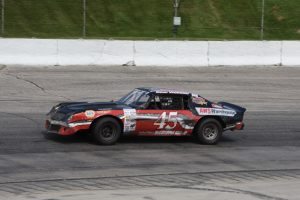 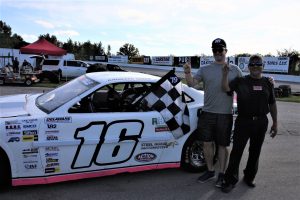 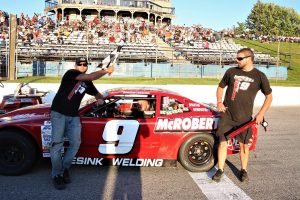 Top runners David Rockwood #78 and Jordan Willms #92 led them to the green flag. Willms took an early lead until a strong Chris Radder #31 took over on lap 2. Willms retook the lead on lap 3. Caution on lap 5 with Jordan Morris #73 into the 4th turn wall after connecting with Chris Radder. Radder’s #31 was sent to the back for his part in the incident. Willms continued to lead after the restart. On lap 8, Brent Pelly #77 spun in turn 1. On lap 12 had the top 5 being Willms in the #92, Kris Lawrence #50, Jason Lovie #21C, Mike Ebert #87 and Craig Cole #55. At the halfway point, Kris Lawrence powered his way passed Willms for the lead, bringing along Jason Lovie #21C, dropping Willms to 3rd. A red flag was displayed on lap 21 slowed the field with Nathan Rhea losing a wheel. On the restart, Lovie got under Lawrence for the lead. After the red flag, Matt Langford #03 made a charge and gets to 4th. At the finish it was Jason Lovie #21C grabbing his 2nd Feature win of the season, points leader Kris Lawrence #50, Craig Cole #55, Matt Langford #03 making a strong late race charge and early leader Jordan Willms #92 rounding out the top 5.

Rookies, Austin Gauld in the #18 Truck and Ray Janisse Jr #29 V8 Stock were on the front row for the 30 lap Championship Feature. At the green, Janisse Jr rocketed into the lead, building up distance between him and the various 2nd place runners. At lap 5, Paul Fothergill #33, just returning from a wreck last week, slammed into the 3rd turn wall, ending his night. By lap 10, Janisse still had the lead, with a very strong performance. Points Leader, Barry Watson #45 had moved into 2nd, with Derek McCullough #00, Kyle Mezenberg #810 and Bill Brekelmans #07 rounding out the top 5. All V8 Stocks in the top 5. On lap 12, Watson powered his way past Janisse Jr. Another caution on lap 18, with 3rd place runner McCullough spinning after trying to take over the 2nd position. With 10 laps to go, it was Watson by 15 car lengths over Janisse Jr, Mezenberg in 3rd, newcomer Norm Schnekenburger #46, in 4th and Ryan Dyson #28 Truck moving into the top 5 and closing on the front four. At the finish, Barry Watson #45 got his 6th Feature win of the season, Ray Janisse Jr #29 in his strongest run of his rookie year in 2nd, looking like a veteran, Norm Schnekenburger #46 in his first 2019 appearance in 3rd, Bill Brekelmans #07 making a late race charge up to 4th , Kyle Mezenberg #810 having a nice run in 5th and another Rookie Ryan Dyson #28T making another strong run for 6th place, taking the Feature win in the Truck Portion of the race.

The Super Stock Championship race was so close, one position could change the outcome in the Championship. Coming down for the start, Kathleen Green #16, got clipped from behind and hit the front stretch wall with hard contact. She was through for the night with major damage. With a complete restart, Bill Brekelmans in his beautiful orange and white #07 took the lead on the first lap. By the end of lap 2, David McCullough had grabbed the top spot in the #39. Rick Verberne #21 was running on rails and took over the top spot on lap 7. By lap 12, Verberne still had the number one spot with Championship contender, Trevor Collver #1 a close 2nd, David McCullough #39 in 3rd, another Championship contender Andrew Ferreira #9 in 4th and early leader Bill Brekelmans #07 in the top 5. With 7 laps to go, Ferreira moved into 3rd and started to close on the top 2. At the 30 lap finish, Rick Verberne #21 picked up his 2nd Feature win of the season, handily over Trevor Collver #1 fighting off a fast closing, Andrew Ferreira #9. David McCullough #39 And Bill Brekelmans #07 finished out the top 5. 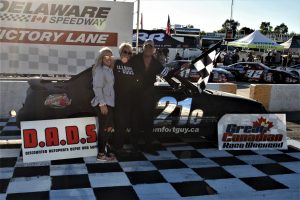 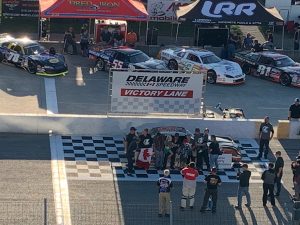 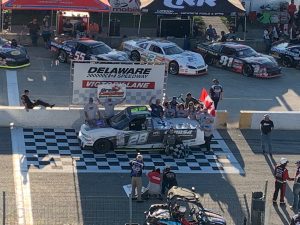 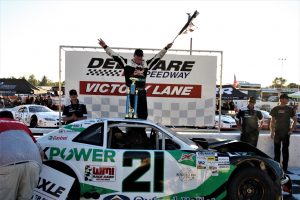 Another terrific year of APC Series racing ending their season at the legendary Delaware Speedway. A great field of 32 cars were in the pits. Jordan Sims #47 was the top qualifier. Sims got the lead at the drop of the green flag with Jake Sheridan #52 in tow. On lap 5, Sheridan took over the lead. Early in the race, Sheridan and Sims pulled away from the rest of the pack setting a torrid pace. Shae Gemmell #3 had moved into the 3rd spot and started to close on the high-flying front runners. Patrick Freel’s #18 spun on lap 24 bringing out the caution and tightened up the field. The top 3 runners still controlled the field on the restart until caution on lap 30, for the spin of the #3 of Stan Adams. On lap 37, Gemmell took control of the race, with Sheridan slowing. Another caution on lap 47 tightened up the field again.

On the restart, Cole Powell #73 started making his move towards the front. With the field at the halfway point, the top 5 were Gemmell #3, Powell #73, Andrew Gresel #81 running strong in 3rd, Jordan Sims #47, 4th and Gary Adriaensen #55 having a great run in 5th. Several cautions and restarts slowed the momentum in the middle of the race. Cole Powell powered his way passed Gemmell on lap 68 as Gemmell seemed to be slowing. Lap 73 Powell still had the lead over Gresel #81, with now Treyten Lapcevich #32 in 3rd, Jordan Sims #47 still in 4th and Darrell Lake #77 having a superb run in 5th. Jr Fitzpatrick #84 spun on the backstretch to bring out a caution on lap 80. At this point, 3rd place runner Treyten Lapcevich #32 came down pit road. With 10 laps to go, Gresel started to close in and challenge Powell for the lead. Lap 94 all hell broke loose. Going for the lead, Gresel and Powell traded paint and Gresel ended his night sliding into the 4th turn tire that protects the drivers from the pit wall. Major damage to his car. The remaining 6 laps were a combination of stops and starts with several cars running out of fuel and a hard crash on the front stretch of 4 race cars, when somebody slowed, as a result of running out of fuel. In the end, through sheer determination and perseverance, Jr Fitzpatrick #84 came out on top. Nice run by Dale Shaw #83 got second. Shae Gemmell #3 charged back to 3rd, with Ryan Kimball #29 in his best run ever at Delaware Speedway in 4th and recently crowned Delaware Speedway Late model Champion Jo Lawrence #78 rounding out the top five. Congratulations to Matt Pritiko #21 on his 2019 APC Series Championship win. 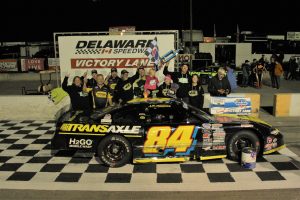 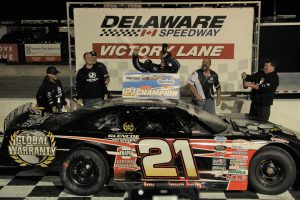 Join us next Saturday at Delaware Speedway for the running of the annual Pumpkin Smasher – Bone Stock Championship and Demolition Derby.